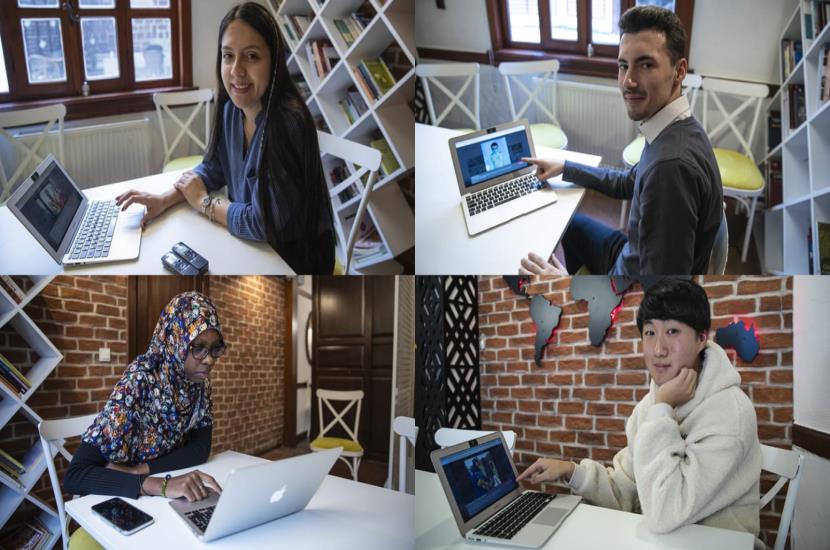 Students with Türkiye Scholarships have chosen the important shots regarding Turkey and the world agenda, and voted to elect “The Photograph of the Year” taken by the photo journalists of Anadolu Agency (AA).


Colombian Luisa Fernanda Gonzales Garzon, a student of the Department of Business Administration in Ankara University, chose Mustafa Hassona’s photograph titled “Iftar dinner amongst rubbles in Gaza” under the category of “news” as “The Photograph of the Year”, and said “This photograph shows us the demolished buildings and even so, people are still eating together and sharing their meals. In this shot, I see that people are happy despite all the hardships”.

Hacettepe University master’s degree student Halima Shekuwe who came from Tanzania to Turkey for education chose Ali Jadallah’s photograph titled “The destruction by Israel” under the category of “news”, and stated that she chose this photograph since it showed clearly that women and the children suffer the most from the war and the conflicts.

South Korean Seunggwon Kim, a student of Department of History in Hacettepe University voted for the photograph of Peter Adones titled “Reply with Headscarf to Terror” under the category of “news”, and stated that he chose this photograph as it is a symbol of the solidarity and strong relationship between people in the aftermath of the terrorist attack in New Zealand.

Kosovan Ennes Kryeziu, a student of Department of International Relations in Hacı Bayram Veli University chose the photograph of Bülent Ersöz, titled “Yavuz’s Journey into the Mediterranean” under the category of “news”, and said “Bringing together the statue of Corporal Seyit, a hero of the Dardanelles Wars and the ship Yavuz in the same frame adds great meaning to the photograph”.